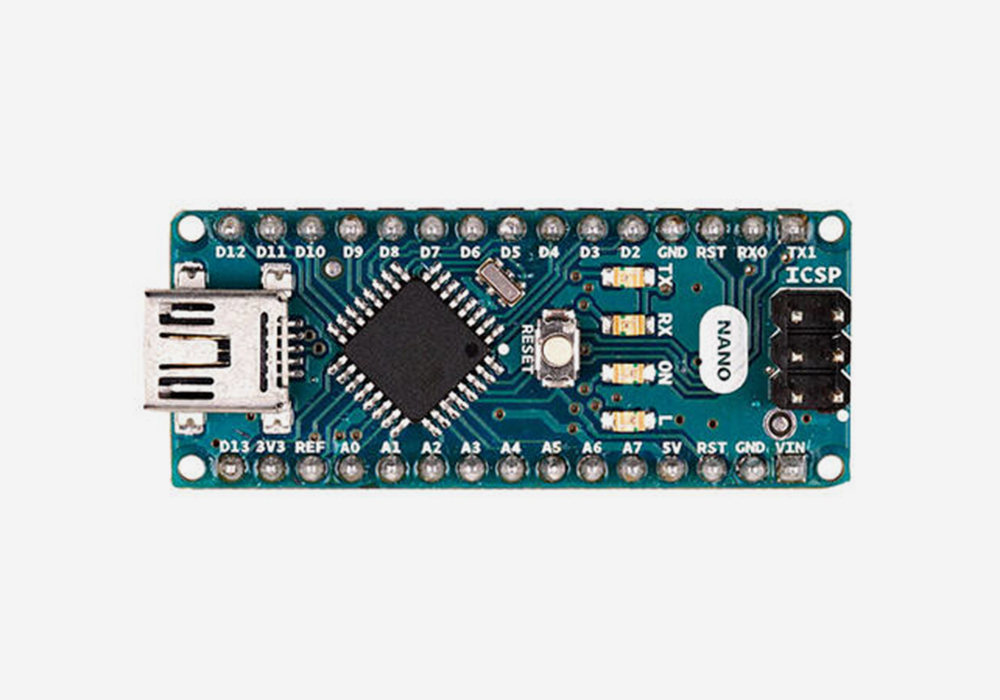 For those of you that took home an arduino nano to play with, we have a few pointers.

While ESP32 works on 3.3V, Arduino nano works on 5V. That means that the digitalWrite() function will send 5V to a pin and that the ADC can read voltaged in the 0-5V range (using the function analogRead()).
IMPORTANT - don’t forget that ESP32 is 3.3V when going back to it from the Arduino. It is important to note that the arduino nano has a 3.3V pin that can be used. Most of the sesnsors we use are compatible with 3.3V so if you use that pin there is less chance of making mistakes later on.

Arduino has a 10bit ADC.

Settings in the Arduino IDE

No need to hold a button on the board when uploading code (Yay!). You will need to change the settings in the Arduino IDE:
Tools -> Board -> "Arduino Nano"
Tools -> Processor: "ATmega328P (Olad Bootloader)"
As you can see in this image: 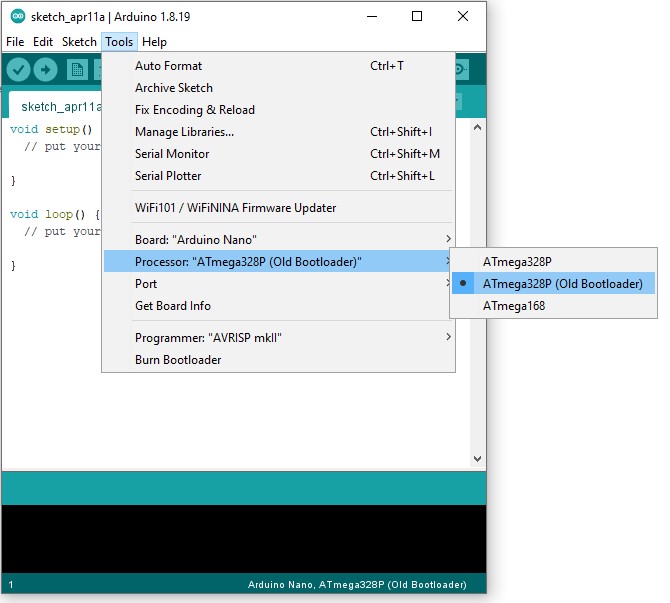